All photos by Diane Tjerrild, Copyright 2011, unless otherwise noted.

As the wife of a pilot, I’m privy to the inner workings and obsessions of the sky-bound mind. While to most of us, flying is a hassle-filled mode of transportation, for a particular few, it is a hobby, a passion, a way to escape, excel and control one’s destiny. Take Mr. T, for example. He was practically born flying and I think his first word* after “mama” and “dada” was “airplane.” As a general aviation pilot, he flies light aircraft (small two-, four- and six-seaters) and spends every weekend at a small airport tinkering with planes, shooting the breeze with other pilot types, and of course, flying.

I try to explain that most of us land-lovers don’t really get it. The majority of folks, myself included, didn’t grow up flying in small planes and although I’ve clocked 173 hours in the sky with T (whoa!), the concept of  flying for fun still boggles me some days. But I have to admit, I love it and I adore seeing how happy it makes T, especially when he takes on new challenges.

In the last few years, T has expanded his flying skills with atypical exploits such as learning to fly taildraggers like the Boeing Stearman (the big yellow biplane), aerobatics, multi-engine aircraft and lately, formation flying. To that end, the man flew upwards of 50 formation training hours in April and May. He’s working toward a Wingman airshow card which will certify him as a safe, competent formation pilot with privileges to fly in air shows. (Note to self: Must get to work amassing my fortune to buy T warbirds.)

Whereas the goal of most pilots is to avoid getting too close to other aircraft, formation flying, as the name implies, is about cruising up close and personal in a safe and controlled manner. There’s a whole book of procedures (that I won’t bore you with), but know that when done correctly, it is a highly regulated type of flying with particular rules and roles that pilots must follow. It begins with a briefing wherein everyone discusses the flight, where it will go and who will fly in what position, etc. The flight itself may launch with a section takeoff where several planes start on the runway at the same time and are immediately in formation as they take to the air. From that point, the aircraft are flying right next to each other, doing all the normal flying maneuvers–climbs, turns, descents and even landings–all together. After the landing, the pilots gather once more for a debriefing where every detail of the flight is reviewed and picked apart.

What makes formation flying unique is the different roles and responsibilities that members of the group maintain. A solo pilot is in complete control of her flight, where it goes, what happens, etc. (The control factor is one reason that some pilots get a god complex, ah hem). She must know everything about her airplane, know where she’s going, what the weather is like, etc. In a formation situation, the lead pilot bears the responsibility because she or he is the person in charge of directing the flight. The pilots who “formate” with the lead (called wingmen) watch the lead’s airplane instead of where they are going. Thus, they must all work together and communicate, communicate, communicate. (You knew that was coming, right?) Surprisingly, the communication in the air is mostly nonverbal and involves hand signals and “gestures” with the airplane such wing-rocking, porpoising (I can’t explain this, mime how a porpoise moves and you’ll get it), and tail wagging.

For example, in this three-ship formation, the top-right guy is the lead pilot. Number two is T and his complete attention is on what the lead is doing. Likewise, number three (bottom left) watches T and monitors his movements accordingly. Reflecting on the process, T says, “As a wingman, you have to stop controlling your destiny and must hand it to someone else. You’re not looking at where you’re going, you’re looking at the airplane you’re formating on… and that’s hard to do as a pilot. The guy responsible to make sure you don’t run into something is Lead.” 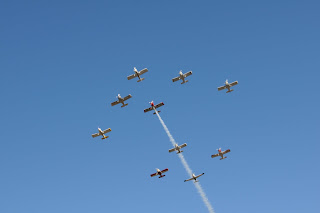 “It’s a different type of flying,” says T. “You have to unlearn a few things… For example, when you want to move the airplane, you do it one way flying it by yourself and another way when you’re in a formation.” By this he means controlling the movement because it will have a domino effect on the rest of the formation. If T corrects and moves out of spacing, the person next to him must also correct and so on down the line.

“Part of that is not violating core rules of flying formation—for example, not losing sight of others—and fixing your mistakes in a way that doesn’t look like you’re fixing your mistakes,” T says, laughing. “Ultimately, it’s fun. We’re not the military trying to shoot anyone down, we’re not trying to drop any bombs. We’re trying to do something that is challenging and fun, such that it looks good from the ground… Air show quality performance is the goal.”

Performance quality is complicated by the fact that the planes are flying quite close together–10 to 15 feet apart, or approximately half of the wing-span. (For a wowza comparison, the Blue Angels formation teams fly as close as three feet apart. See here for an insane video.) This means that every movement and turn must be controlled and communicated to avoid accidents. Typically nonchalant, T says, “At some level, it’s no different than driving a car next to somebody, but now you have three dimensions and high probability for error.”

Avoiding major error is crucial because lives can be on the line. “If you bump someone on the freeway, it’s no big deal, no one’s gonna die,” says T, but the ramifications of airplanes coming together in the air could be disastrous. Communication via pilot briefings is all about precluding these problems. “That’s the whole point of all of the discipline, training, procedures, emergency planning, briefings and debriefings, to make sure we’re not surprised” added T. The more pilots involved, the more precise communication and preparation is necessary. 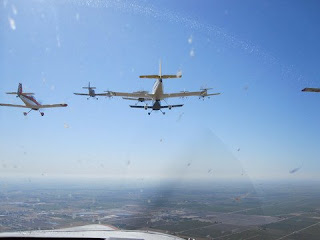 Debriefings take place after every flight. “Everyone goes around and says their piece,” says T. “If someone says something [about your performance], then you have to acknowledge and address safety issues that occur.” This can be tough for pilots who are used to being in complete control. “Some people are ‘never wrong’ and can’t accept criticism, and those people tend to not be good formation pilots.”

“If you do something wrong, there’s really no room for being defensive. You take the feedback and move on,” adds T. 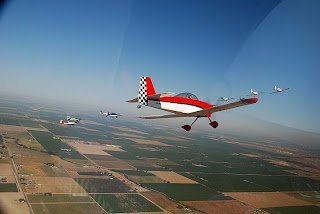 But ultimately, it’s fun and challenging. “I like it because it’s hard. It’s difficult to fly that precisely. You have instant feedback about how bad you suck,” says T, chuckling.

Although maddeningly modest, T has taken to formation flying like a duck to water. He attended every clinic on the west coast this year and got to fly in the 32-ship training formation with the West Coast Ravens, despite FNG** status (check out a video of a 27-ship formation flight from a similar clinic here).  “The Ravens fly a big formation over AirVenture every year and it would be cool to do it next year.” To that end, he hopes to get his air show card by the end of the year.

In the mean time, more formation photos for you below! 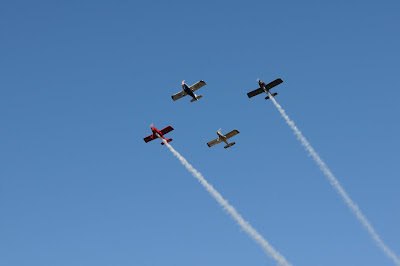 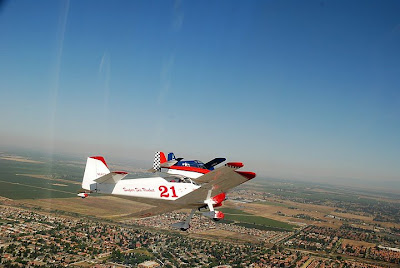 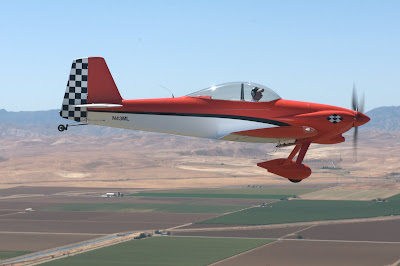 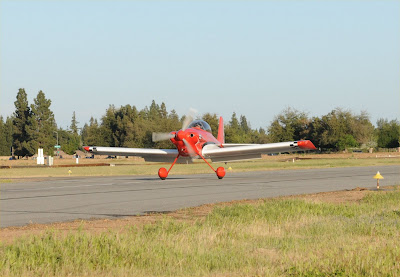 * My first words after mama and dada were “dicdic love.” Name that 80s tune!
** Bonus if you can tell me what “FNG” stands for

One Response to "Formation flying: A photo montage and interview with my hot pilot husband"