Every holiday season I read articles that discuss ways to cut calories from Thanksgiving dinner or get through Christmas without gaining 20 pounds. Inevitably some soulless cretin suggests that I eat the pumpkin from my pumpkin pie and leave the beautiful, buttery crust all sad and lonely on the plate. (The horror!) Don’t they know how hard it is to make good crust?? Don’t they know it’s the very best part of pie??? 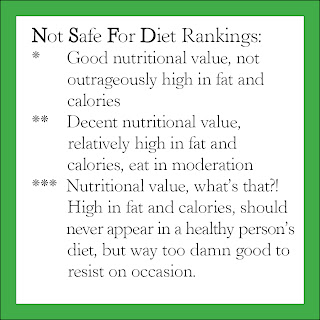 Naturally, I ignore this type of drivel advice during my eating season, but most of the year, I’m sensitive about the fatty nature of my favorite dessert (and other delectable crust-covered creations). So when I saw a “300 calorie pot pie” featured in Cooking Light this month, I was incredulous. Then curious. Then thrilled! A healthy-ish pot pie? Yes, please.

Of course, I made some adjustments that wrenched up the calorie count, but if you follow the actual directions (and don’t, for instance, use a top and bottom crust), you’ll be fine. It was a quick and tasty mid-week meal that re-heated well.

Directions
1. Preheat oven to 450
2. Add olive oil to a large Dutch oven set to medium-high heat (or cook the strip of bacon over medium heat). Add potato and carrot to the pan; saute for a few minutes.
3. Add chicken. Saute a few minutes or until lightly browned. (Mine never browned, by the way)
4. Stir in flour, leeks, salt, pepper, thyme and cayenne. Saute for a minute, stirring frequently.
5. Slowly add broth, stirring frequently, bringing the pot to a boil. Cook 2 minutes or until the mixture thickens.
6. Pour mixture into a 1 1/2-quart baking dish.
7. Top with 1/2 of the pie dough, pressing down on the edges to seal.
8. Combine milk and egg white; brush mixture over dough. Then cut slits in the dough to vent.
9. Bake at 450 for 30 minutes or until crust is golden.
10. Let stand 10 minutes.

Notes:
– Now if you’re me, at step 5, you’ll press half of the crust into the bottom of the baking dish, and follow package directions until it’s a nice golden brown. THEN you’ll add the mixture and top with crust.
– Next time I’ll use less potato and either more carrot or celery.
– I really liked that this was a two-pot meal more or less. However, next time, I may cook some components separately. For instance, I couldn’t get a nice browning on the chicken because of all the moisture with the potatoes and carrots. And I feel strongly that a good leek is a braised leek. Three minutes in the pan? Not enough! If nothing else, next time I’ll saute the leeks separately so that they get brown and happy.
– You may want to wrap the edges of the crust in foil for the first 20 minutes of baking. Mine got over-browned. (Do you like how I saw “over-browned” instead of burnt?)