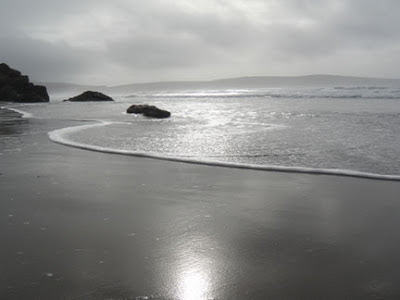 It started with Sean’s suicide last April. And then a few month’s later, Bud’s lost battle with pancreatic cancer. And then John’s heart attack followed shortly after by Nick’s. By the time the Newtown massacre hit in December, I couldn’t write a word. I managed to eke out some lighthearted blog posts but nothing really of substance.

I was afraid I’d lost my words.

***
Historically, my answer to managing grief has involved food. An admitted emotional eater, I would cook, munch, and sip my way through sad feelings. After starting this blog in 2009, however, I started to turn to a less calorie laden coping mechanism: writing.

A life long journal writer, I’ve always scribbled about my feelings, but thinking, organizing and writing thoughts about trauma for public consumption helped me to make sense of events and sometimes, offer something constructive. For instance, when I learned that a friend killed himself, I wrote something of a PSA about suicide.

Years before I would learn about the benefits of therapeutic writing, I employed some of its tenets to deal with grief from sudden loss, try to understand senseless tragedy, and make sense of my own harrowing experience. Writing helped me work through the sometimes overwhelming feelings.

But lately, I’ve felt blocked. And by lately, I mean for the last eight months. The more I think about it, the more I realize that my problem is something related to the cumulative effects of grief.

It started to dawn on me while reading coverage of the Boston bombings tragedy that for the last several years, traumatic events have been piling up around me. Not often direct personal losses, but devastation in the lives of people dear to me, in my immediate social network or in the world (e.g., the Reno Air Races crash in 2011, Newtown, Boston). With each new traumatic experience, feelings of sorrow, anger, shock, disbelief, bitterness seem to layer on top of each other so that processing a new sad event calls up all the feelings from the past. With so many losses, I started to feel depressed and somewhat worried about when the next inevitable trauma would take place.

I articulate these feelings partly to process, but mostly because I know that as a society, we are uncomfortable talking about death and grief. And we seem to have tacit rules about what grieving is supposed to be like. For instance, we give people a time limit for grief. When that ephemeral time ends, they are supposed to snap out of it even though the grieving process can take years. And it seems we also have rules around who can grieve for whom–who has the “right” to grieve.

Consequently, I’ve felt strange publicly mourning sad events that aren’t intimately connected to me. For example, in the last year, two of my professors died and a college friend’s baby passed away only a few days after she was born. These losses gutted me, but as I was on less intimate terms with the people involved, I felt stupid/imposter-ish talking/writing about it much.

Like a good researcher, I looked for some scholarly writing to help me put a name to my feelings. I stumbled across a paper that described accumulated grief as “emotional cholesterol” and an article about “compassion fatigue” which primarily describes the work of professional caregivers and the effects of “secondary traumatic stress” which is basically experiencing the trauma of others vicariously. Some related symptoms? Sadness, anger, detachment, intrusive thoughts, emotional exhaustion. I even considered my own research regarding “emotional taxes,” which are “paid” during compulsory interactions. In terms of life events, few things seem more demanding and all consuming than grief so I suppose the term fits, too. Given what I know about emotion regulation–that trying to bottle negative feelings will make you experience them more forcefully–I’ve been contemplating how to shake this ongoing malaise.

So I did a little reading about resilience–the ability to experience trauma/set-backs and bounce back/move on/thrive–and I meditated on why, now, I’m having a tough time dealing with grief. What have I done differently in years past, especially years with just as many awful events?

It wasn’t until the last few weeks that the answer hit me. During the International Congress of Qualitative Inquiry in May, I attended a double memorial for Bud Goodall and Nick Trujillo, my professors who passed away last year. A week later, I participated in memorial mass for a friend who was murdered six years ago. What struck me was that after both memorials, people thanked me profusely for attending and said how much they appreciated their loved ones being remembered. And I realized a key difference between my processing this year and in history has been acknowledgment, and lately, a critical lack thereof.

For some reason–maybe due to some unrelated-to-grief traumatic events, ahem–writing about others’ losses has felt intrusive. I know Bud’s probably in heaven laughing about this epiphany, but I’m just realizing again that writing about trauma is one way of honoring, paying tribute and remembering people especially when distance–emotional and physical–make participating in communal grieving impossible.

And so, with these thoughts finally expressed instead of buried, I will end this post on a note of remembrance. Sean McGrew, Hudson Ruth Walter, John Crouse, Bud Goodall, Nick Trujillo, Ron Ledford, John Pogacar, Andrea Bowie, Grant Wheeler, Ali Sadeq, the people lost in Newtown, Boston, Reno, and recently, Oklahoma, and many, many others not mentioned by name, I will remember you always.

Please feel free to leave a comment remembering a loved one, too.