On an unusually warm February afternoon, I climbed in the big yellow biplane for the last time.

I admit, tears stung my eyes more than once during the 30 minute flight as I said goodbye to the iconic World War II trainer that’s been a part of Mr. T’s flying club family for nearly a decade.

It might sound a little silly to cry over a plane, but the Stearman has been quite a figure in our lives, gracing our walls, our wedding invitations, and my memory as one of the coolest planes I’ve ever flown in.

There is nothing like buzzing around in an open cockpit. The rumbling radial engine that rattles your bones. The rush of wind in your face. The smell of history translated through avgas and oil. (More on the experience in this “Flying history” post).

And more than that, when Mr. T first learned how to the fly the Stearman, it was just about the most excited I’ve ever seen him. I remember his close-to-giddy enthusiasm as he recounted his first few lessons. And I will never forget our soggy ride to the Watsonville Airshow where after a frigid flight through the rain, he proudly displayed the bird.

Now, it’s made a new home somewhere in Kansas and I hope the new owner loves her at least half as much as I do. Sigh.

Of course, my sadness is somewhat tempered by a new addition to the club, the Cessna 190. More on that very soon. But first, more photos! 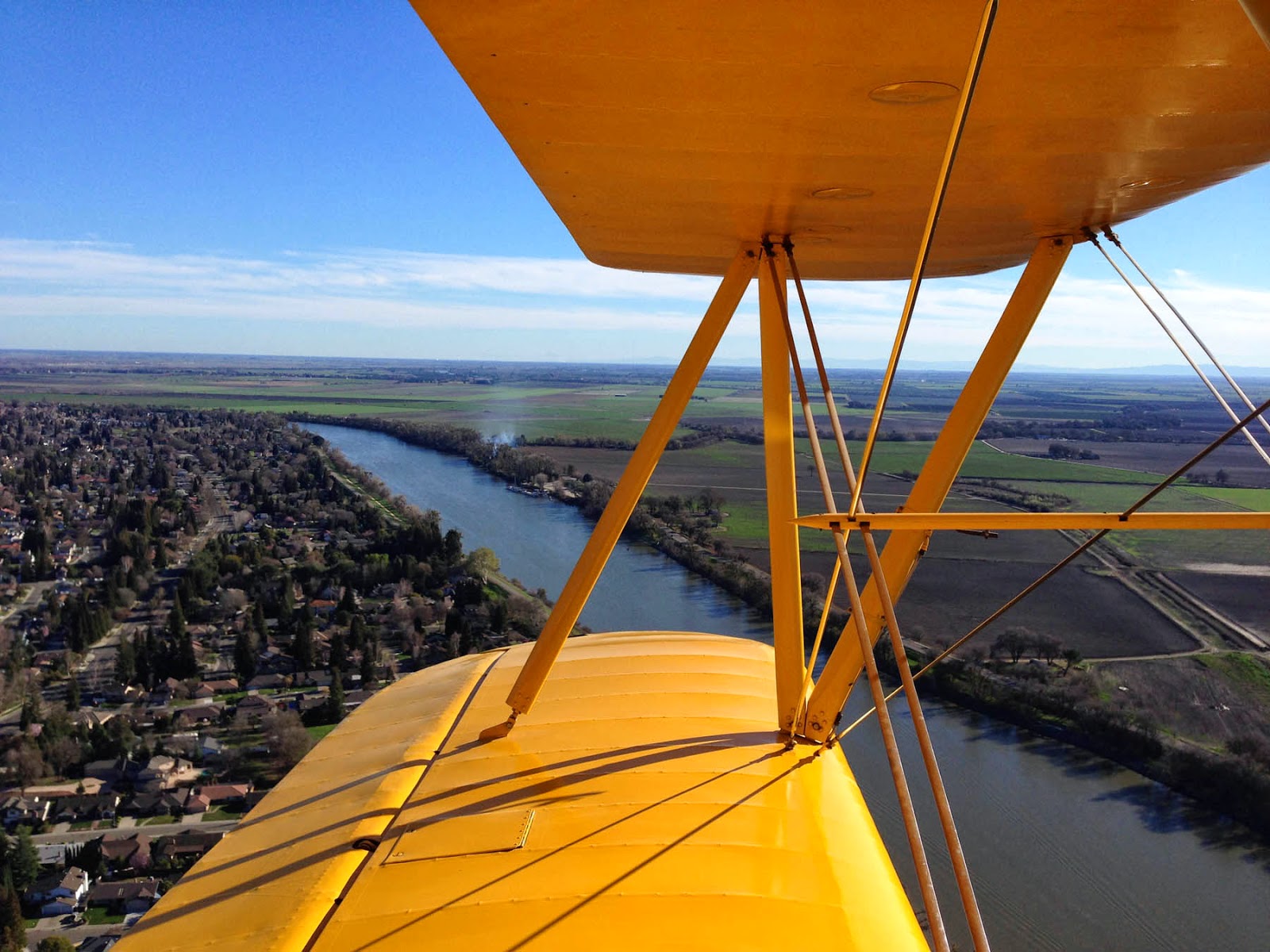 5 Responses to "Saying farewell to the Boeing Stearman"