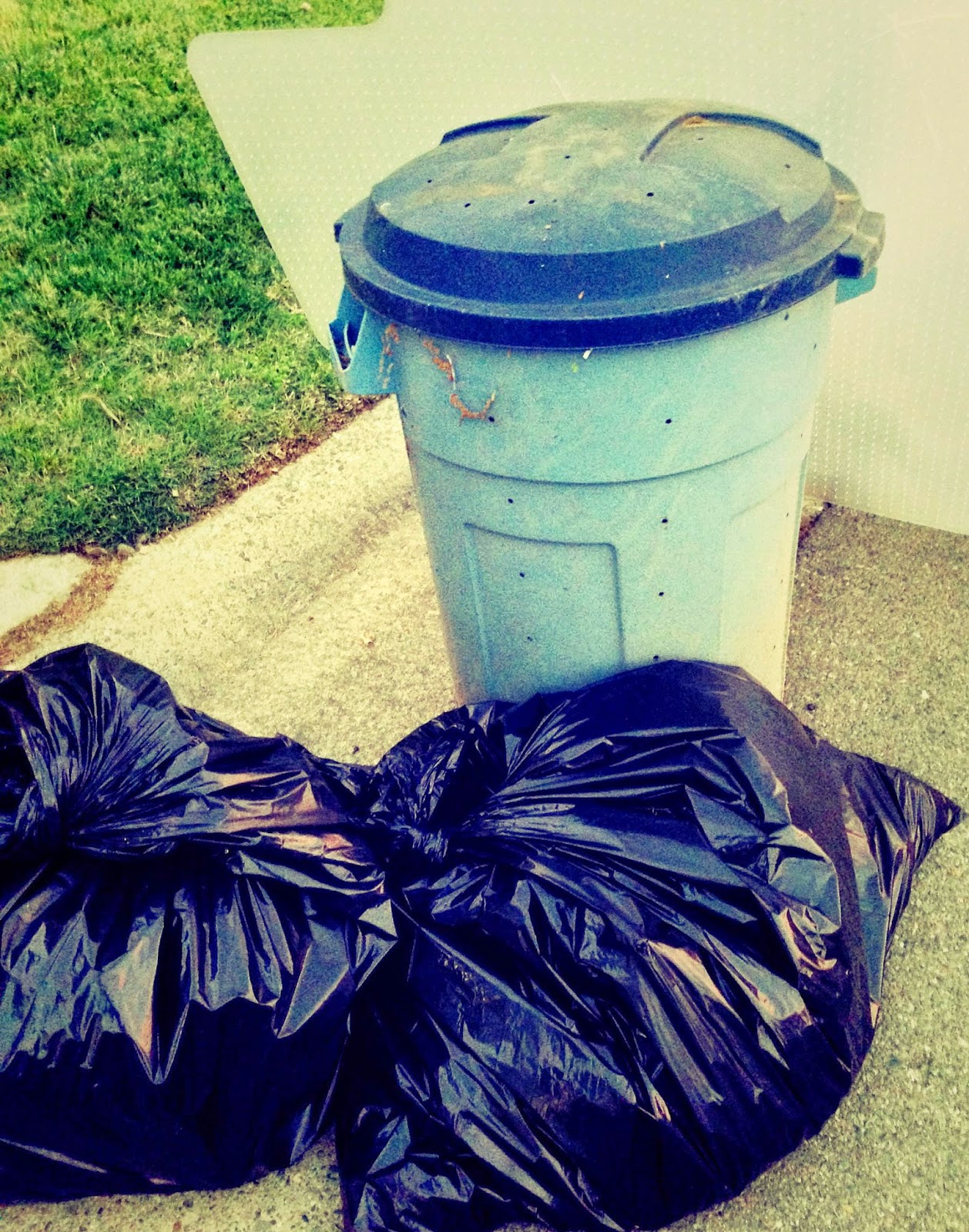 Six months ago, I expected to write an exultant post about my cultivation of the gardener’s best friend: black gold, aka compost, aka properly rotted organic material.

I bought a cute little kitchen compost pail for daily collection of veggie scraps, and in a budget conscious fit of crazy, decided to make my own composting bin. The DIY ladies of Pinterest assured me, it would be easy and apparently fun for the whole family (yes, their posts included pictures of children frolicking and rolling compost bins to and fro).

So under the watch of a skeptical Mr. T, I drilled holes in a perfectly good trash can and started collecting a mix of “greens” (aka veggie and kitchen scraps) and “browns” (aka grass clippings, leaves, shredded paper). Little did I know that composting is a science, a knowledge base which I without a doubt lack.

The first sign of trouble was the odor of filth, slim, muck, PUTRESCENCE! (Name that movie reference). Seriously, the can stank to high heaven. So I added more browns.

Then the bugs came–hundreds of gnats and tiny flies and beetles and things–a sign that the mix was too wet and probably too cool. So I turned it more often and added some grass clippings which are supposed to raise the temperature thanks to the nitrogen levels.

And then I peeked inside hoping to see some sign of glorious black gold from which Miracle Grow-esque flowers would surely bloom and I noted, along with a bazillion bugs, how little action had taken place over the last several months. Perhaps the lack of action, aka heat, was because I drilled too many air holes?

Feeling discouraged, especially in the face of articles and books that talk about how easy! and awesome! composting is supposed to be, I contemplated ditching the whole project. But how does one dispose of a 20-gallon can of compost?

Turns out it’s easy if you live in a neighborhood like ours with quarterly clean-ups. When I got the notice over the weekend, I took it as a sign. So last night, I dragged the bin to the curb and with it, a big measure of my gardener pride. It’ll be bagged black gold for me from here on out!

Thrilled to have the stinky eyesore out of the yard, Mr. T keeps telling me I owe him a new trash can. We’ll see about that.