Greasy haired and fuzzy chinned, he leaned over and said, “You probably get this all time…”

I braced. Seriously? What now? Can’t you see that I’m reading… and highlighting!? Shouldn’t that signal ‘Not interested in chatting?’ 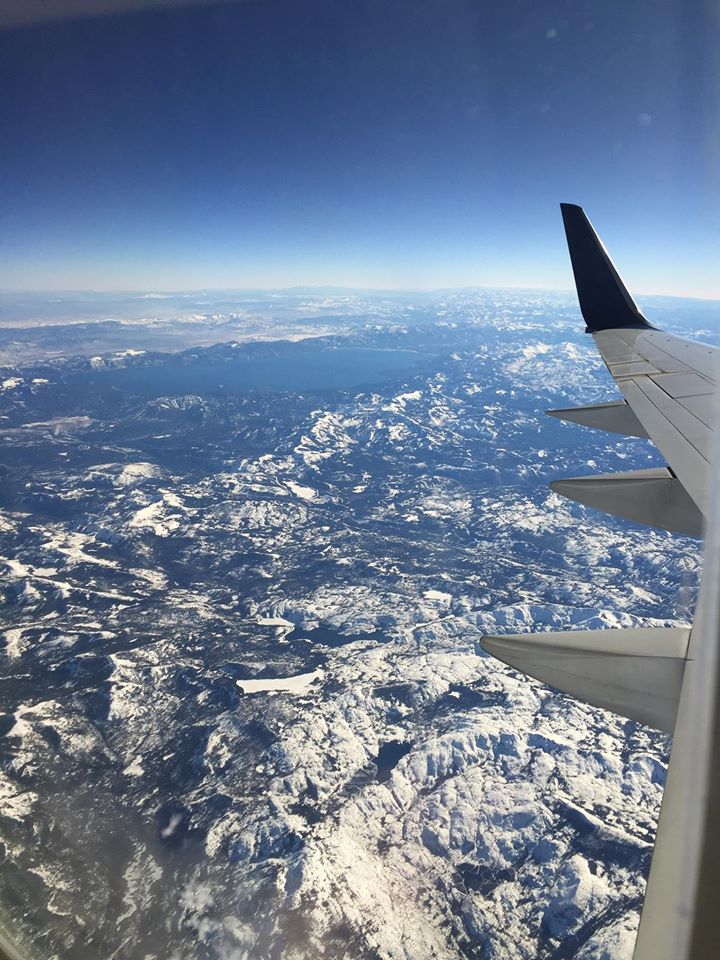 After a fairly common (to me) introductory line, we started talking about movies. He’d recently seen “Requiem For a Dream,” starring Ms. Connelly and we discussed the eloquent horror of the film. (Such a visually interesting, jarring and haunting movie… it’s been several years and I still can’t shake some of the imagery and emotion.)

From the film, we moved onto discussing the book I was reading for my “theory construction” class, the weather in Cactus Land, his recent concert in Seattle (Bumbershoot) and his interpretation of my incredible smartness at being in PhD school. (I didn’t correct him there but acted appropriately self-deprecating.) It was completely fascinating to compare his take on the world as a professional musician with my perspective as a sort-of scholar. I had to start by eating some internal crow.

I TOTALLY JUDGED HIM!

When he claimed the middle seat on my U.S. Airways flight, I was already pissed off. The damn flight attendant, baggage handler and ticket checker had all yelled at me about my extra “personal item” and I was forced to check my rolly suitcase. (They did not listen to my logical argument that it shouldn’t matter how many “personal items” I had, so long as they all fit neatly under the seat in front of me and didn’t take up extra overhead bin space. Logic is lost on airline employees apparently.) When greasy hair sat down, I was annoyed at his mere presence in the middle seat. He was dressed how I remember my sister describing “emo” people–skinny jeans, black t-shirt, dirty converse, stringy hair, dour expression. I figured he had an attitude and would irritate me during the flight.

Why I figured all that is beyond me when I look back. Apparently my crankiness colors my perception on the world because he was just lovely. His emo attire was part of his gig as a medium-level rock star and I was fascinated by his description of touring the country (and world!) with his band, Dead Confederate. To top it off, he hails from Athens, GA, and had the most delightfully charming southern accent.

During our chat, he spoke eloquently about growing up in Georgia, his experience developing a music career, his college courses (including a pretty detailed aside on the work of Jacques Derrida, which totally impressed me) and various perspectives on politics, the economy, education and the state of the free world. I was enthralled by his well-rounded opinions and completely ashamed with myself at how I had judged him based solely on his appearance and presence in the middle seat.

Not that I will ever pretend to like having a companion in the middle seat (exception: traveling with Mr. T when I can take the middle seat and then totally crowd his personal space so I can fall asleep), this experience reminded me yet again, that I can’t presume to know what learning experiences life has in store. What I thought would be another long, boring flight home ended up being an eye-opening interaction that had me analyzing my own flaws and trying (once again) to be open-minded.

I find, as my dear friend Shannon Ledford describes in her writings for her Mille Feuille Photography images, that when I open myself up to the people of the world and allow myself to really connect (for once), I can get to a deeper level of humanity… a deeper human rhythm I think she describes it as… and really experience the layers of our world. I hope that the next time you are traveling or even just interacting in your corner of the world, that you can open yourself up to new possibilities.