Whilst at Nerdfest 2009 (aka the National Communication Association convention in Chicago), I presented a chapter of my thesis about the mission at Adventist Health. Focused on the way the hospital system conceptualizes and communicates spiritual mission, the paper discussed the print, online and face-to-face ways the mission transforms from mere statement on the wall to a living, breathing entity. To me, it’s the least interesting part of the book because it’s really just a report of the how and not the why. It was exciting to get down to the really, really good questions (aka what the other 90 pages are about) and then say “Stay tuned for next year!” 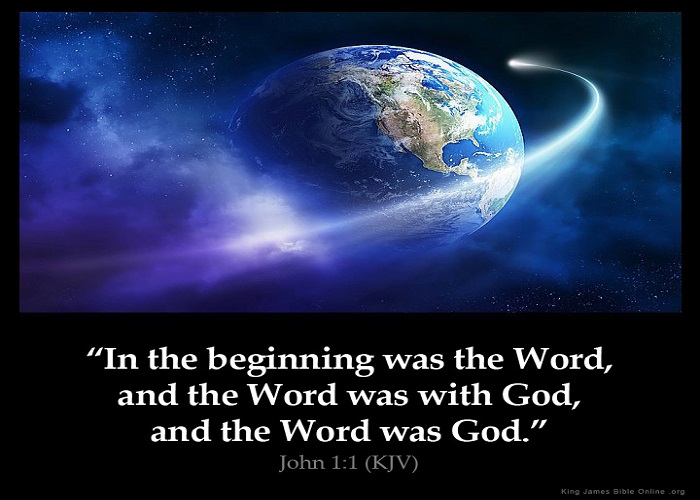 After I presented, I listened politely to two women discuss Rick Warren’s “Purpose Driven Life” and a typology of spiritual feminism, respectively. Finally, a young man spoke and he offered an absolutely fascinating historical and linguistic approach to the Bible. From what I remember (he’s supposed to send me the paper so I can actually know what it’s about), he argued that the Bible was an analogy for the power of language. That God’s power actually comes FROM language. Before he had language, the world was void. It wasn’t until God actually spoke–Let there be light–that he had any power. Further, language was man’s original downfall in the Garden. And when the people built the tower of Babel, God saw they had too much power and used language to thwart them. Whew.

I’m sure some of you are cringing, perhaps muttering “Blasphemy!” and others are going “Well yeah, that all presumes a belief in God and the Bible,” but where I’m really going with this story is the fact that the young man is a former Adventist.

Prior to starting his presentation, he admitted he writes from a place of little faith… or a crisis of faith, actually. While that makes him something of a misfit in the Spiritual Communication Division of NCA, I was actually blown away when he said he was a former Adventist. After being involved in the Adventist bubble for so long, I thought I knew everyone. (ha!)

Most interesting was our discussion the following day, in the lobby of the Chicago Hilton no less. With hundreds of people loudly loitering about, we discussed faith. His and mine, actually. I asked where he hailed from and what church he used to attend. He asked me about my Adventist history. Unlike most, he didn’t ask my last name or if I knew so-and-so. He never entered into the school system and so he knows even fewer people than I do as the only person resembling an Adventist in my entire family. He did, however, attend a large Adventist church with one of the few recognized female pastors. In fact, she was his spiritual mentor so to speak, and baptized him at 23. Sadly, it was just a few months later that he lost his faith.

I asked why. In the throngs of people running to dinner or to the next panel, I truly wanted to know what happened in just a few months to make a newly baptized person lose their belief in God.

He said that his pastor was a third wave feminist. Although she could live with the contradictions and tensions of her feminist belief system within a very conservative church, he could not. To paraphrase, he couldn’t stand the dogma, the constraints and the hypocrisy.

I shared my own concerns with the church and why I label myself a “Badventist.” My beef with Adventism is much the same as with most organized religion. I do not appreciate man-made rules (yes, I said MAN made) that contradict the character of a loving God. I have a pretty broad conception of the man/woman upstairs. I don’t think Adventists have the corner on the market of truth. I’m convinced there will be Adventists and Catholics and Mormons and Atheists and Buddhists and Jews and Muslims and Druids and Wiccans and members of every other type of religion holding hands and singing kum ba yah in heaven. (Won’t it be nice when we stop hating each other?)

In any case, I was thinking that while I and many other younger Adventists I know have experienced a crisis of religion… questions, devastating concerns and scenarios that make it impossible to sit through a sermon without thinking “WTF??!”… that most of us still maintain a belief in God to a certain degree. We may not go to church. We may not pay tithe (heaven forbid). But we still retain a belief in a spiritual other that is looking out for us.

It saddens me that a crisis of RELIGION has affected a man’s core beliefs so much so that he’s unsure if God even exists anymore. There are certainly compelling cases for why God isn’t around, but it kills me that religion–human made rule and ritual–is one of them.

Enough ranting for tonight. I’m off to practice kum ba yah in my dreams…

6 Responses to "In the beginning was the Word… A crisis of faith or a crisis of religion?"