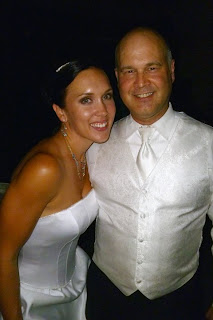 Confession: I love surveys. Love! I couldn’t tell you why except that the randomness quotient generally pleases me and I can blog about them quickly without thinking too hard (Was I not supposed to say that out loud?). Stolen surveys are especially fun, like this Thursday 13 one that I found from Restless Vagabond, who apparently stole it from somewhere else. Love it!
1. What’s the largest age difference between yourself and someone you’ve dated? 14-ish years. But who’s counting?
2. Ever been in a car wreck? Yup. I rolled a Honda Civic once. It wasn’t exactly a wreck really as no one else was involved and I didn’t exactly hit anything. But Go Honda! I rolled the thing, it landed wheels-down, still running, and I pulled to the shoulder before getting out and bawling like a baby.
3. Do you have any friends that you’ve known for 10 years or more? Sure.
4. Are you a good tipper?
Like a Rockefeller. Only it may be less that I’m generous and more that I’m bad at math. Ha! Really, I’m a solid 20%-er for full service things like restaurant dining and spa services, etc. I also try to tip housekeepers in hotels because I know they make just about nothing in wages and work incredibly hard so I don’t have to.
5. Have you ever peed in public?
What kind of question is this? In the wild or in a public restroom?
6. What song do you want played at your funeral?  Tell Me Something Good by Rufus and Chaka Kahn. I want my funeral to be a life celebration, even if it’s tomorrow, and that song makes me happy.
7. Would you tell your parents if you were gay? As a married straight chick, I say “Sure” but it’s far too easy to think that as a member of the dominant heteronormative hegemony.
8. What would your last meal be before getting executed? I have 13+ ideas, actually. See here. The list includes oatmeal chocolate chip cookies, my mom’s spaghetti sauce, artichokes and garden fresh tomatoes.
9. Beatles or Stones? Beatles.
10. If you had to pick one person on earth to die, who would it be? Ooo, I can’t go revealing my real inner monster here so I shall be political. I would pick the person who wants to die. I’m thinking about “dying with dignity” legislation and people’s right to die… I believe people who want to die should be allowed to do so.
11. Beer, wine or hard liquor?  Mr. Mackey says alcohol is baaaad, mmkay?
12. Do you have any phobias? Nothing clinical but I’d venture a guess I have a mild form of misophonia. You’ve seen my rant on gum popping, right?
13. What are your plans for the future? The immediate future? Re-revising a manuscript under review for publication (yay!), finishing my dissertation proposal draft, and baking cookies for the Young Eagles flying day this weekend. Over the next few years… writing a dissertation, earning a PhD, getting tenure, having lots of sex and babies (name that movie!).
xoxo,
shawna

5 Responses to "Thursday 13: A stolen survey"