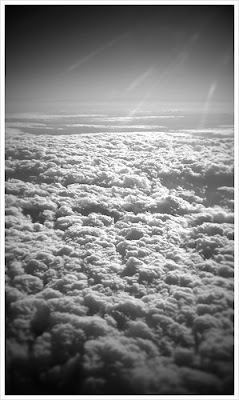 At first I thought it was a sick practical joke. That post on Facebook, a cry for attention? And then I prayed for it to be. But no. An old friend, dead by his own hand. My childhood first love, gone.

***
He called me Smurfette. I’d teased him about his screen name Azrael. To him, an angsty 17-year-old boy, it meant the Archangel of Death. It reminded me of Gargumel’s cat from the Smurfs.

During our lengthy phone chats, where I sat on the kitchen floor twisting the cord around my fingers, he taught me about speed skating, confessed his hatred for pretzels and listened as I griped about my pesky kid sister. I was 14 and smitten.

Our mothers drove us to and from “dates,” once to a basketball game at my school, once to Sunrise mall where he bought me a BUSH CD. Our official boyfriend-girlfriend tenure was brief because he decided that Taco Bell wasn’t the ultimate career and enlisted in the Marines. But our “relationship” last for years. He wrote me letters from Camp Pendleton and later, from deployment.

My recollection feels hazy now. I’m leaving out the parts where we fought and made up, alternatively writing each other passionate and then hateful words. (And I do mean writing–snail mail style.) He had a habit of showing up out of the blue, wrapping me up in some romantic gesture like dress blues and roses, and then disappearing for months at a time. I’m pretty sure I burned his letters in a fit of teenage drama and I know for certain, I told him I never wanted to speak to him again… at least a dozen times.

And now it’s strange that I never will.

***
Thanks to Facebook and emotional distance, we became “friends” again years later. The kind that chat from time to time, scroll through pictures, offer the occasional comment. Not close by any means. But to find out that this person I’ve known for half of my life, the one person who knows that I wore out my Toadies Possum Kingdom CD, is gone… I can’t even explain it.

So I’m sending my prayers out to his family and friends, writing this tear-stained post, and hoping that he’s found relief from the demons I never realized he had.

4 Responses to "A life cut short. Remembering my first love."