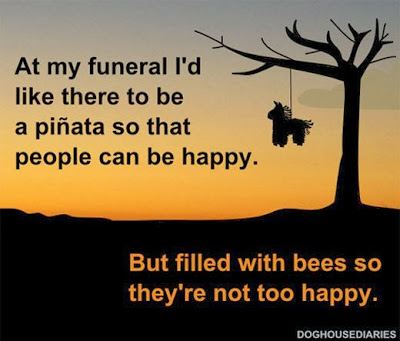 I stared at the onion rings as I said it.

We’d just gone flying, me for the first time in a couple weeks. It was, in a word, interesting. Despite my rustiness, I wanted to be emphatic that what I was about to say wasn’t in any way connected to flying or potentially dying while flying.

“If I precede you in death,” I said, lifting the onion ring to my mouth, “I want you to make sure that my obituary says how I died, okay?”

Cheeseburger hanging in midair, T screwed up his face and inquired as to just what the hell I was talking about.

I explained. I’d been reading “Until I say goodbye: My year of living with joy” by Susan Spencer-Wendel. It’s her memoir of living with ALS, Lou Gehrig’s disease, which is where the nerves in the brain and spinal cord deteriorate resulting in the loss of mobility and eventually death. In the book, Susan talks of searching for her birth father to see if ALS ran in his family. She finds out he passed away but his obit didn’t state the cause.

And I realized how much that annoys me. Whenever I glance at an obituary (more frequently than I would’ve imagined lately), I get irritated at not knowing the cause of death. Inquiring minds want to know, you know?

It seems slightly strange to be cogitating on death having just told T on his birthday last week that he has to live at least 60 more years. Well me, too, of course. But should something happen, I do have a few requests (outside of my already-blogged-about end-of-life care decisions).

If I should die tomorrow:

Hmm. Am I forgetting anything important?

P/S I can’t help but write this post having read “Tell my sons” and “Until I say goodbye” and just starting “The fault in our stars.” It’s a morbid library book month, what can I say?

One Response to "If I should die tomorrow"