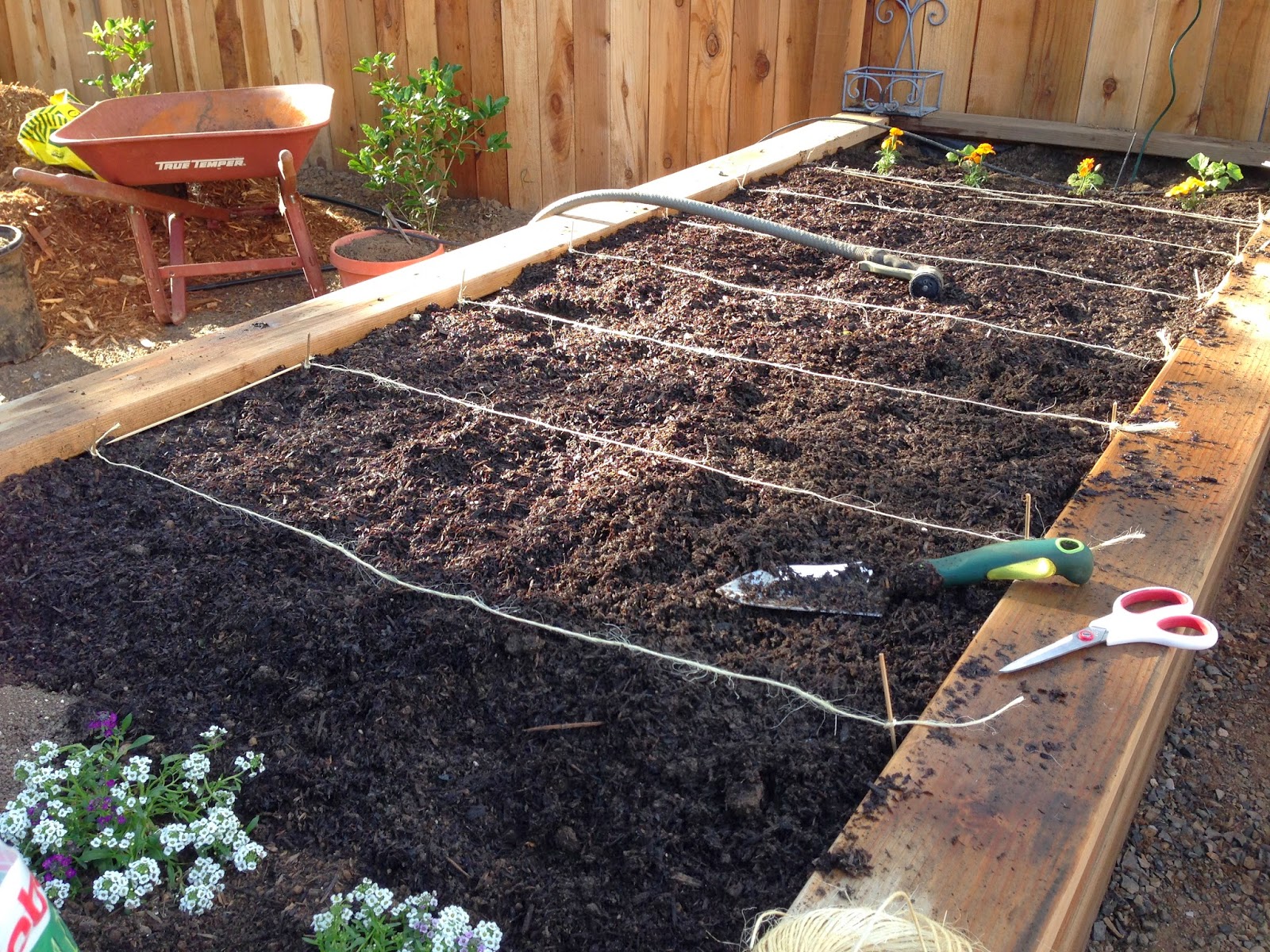 Six years and counting. No matter the month, whenever I plant seeds, a rainstorm is sure to arrive and mess up my neat rows. This week was no different.

Admittedly behind on the veggie garden (hey, I got 21 tomatoes planted at least), I worked over one raised bed this Monday. After amending and arranging a modified square-foot gardening grid, I plugged in some seeds.

After two rows of beets, I went to pick up a packet of cilantro when a gust of wind kicked up, knocking beet seeds everywhere. Which meant another row. (Streets of beets, indeed.)

And of course, as soon as I got inside, the sky opened up. I expect the beets to be okay, as they are buried half-inch in the ground, but for seeds like cilantro and carrots that are just barely covered–who knows where they will sprout.

Gardener problems. But it’s still happy-making to have things ready to grow.