Looking for a good spring read? I’ve got a few or 26 to recommend. 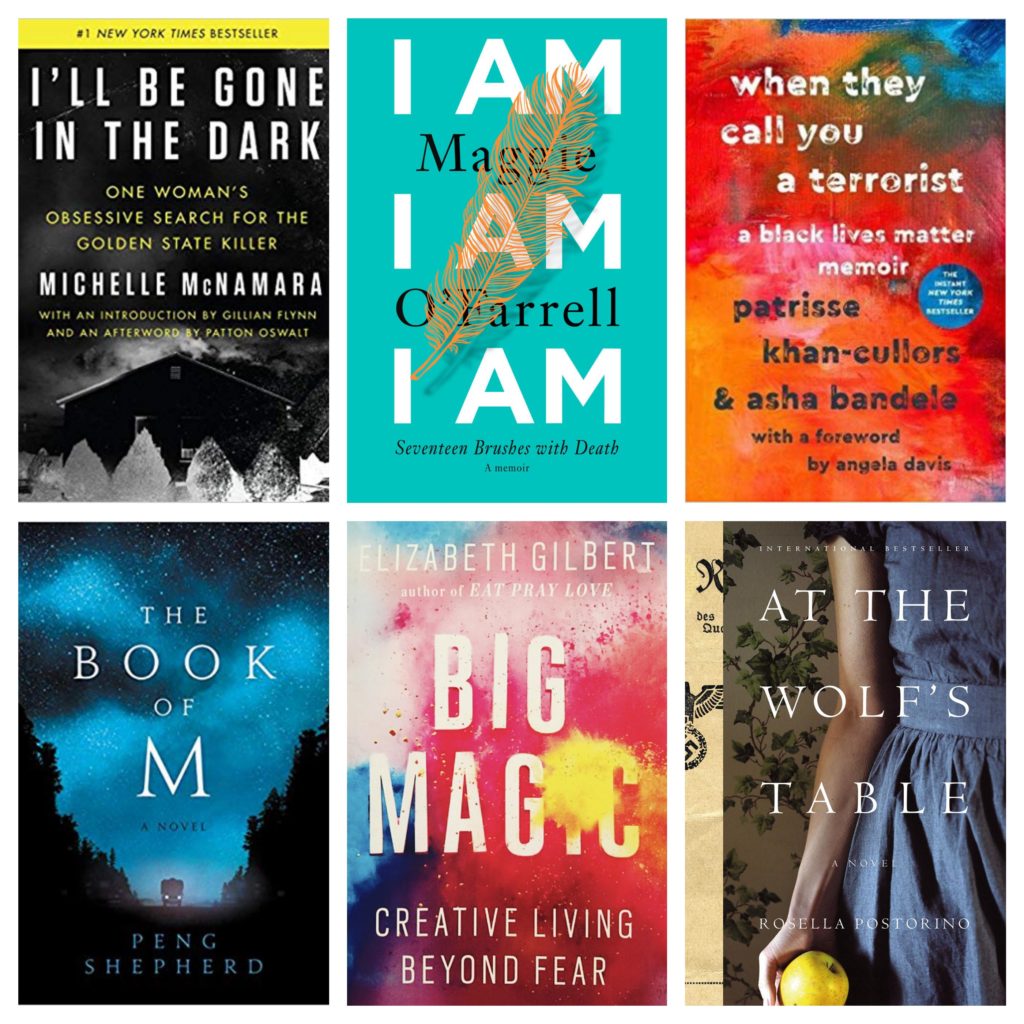 Catching Up On Books I Never Read in High School 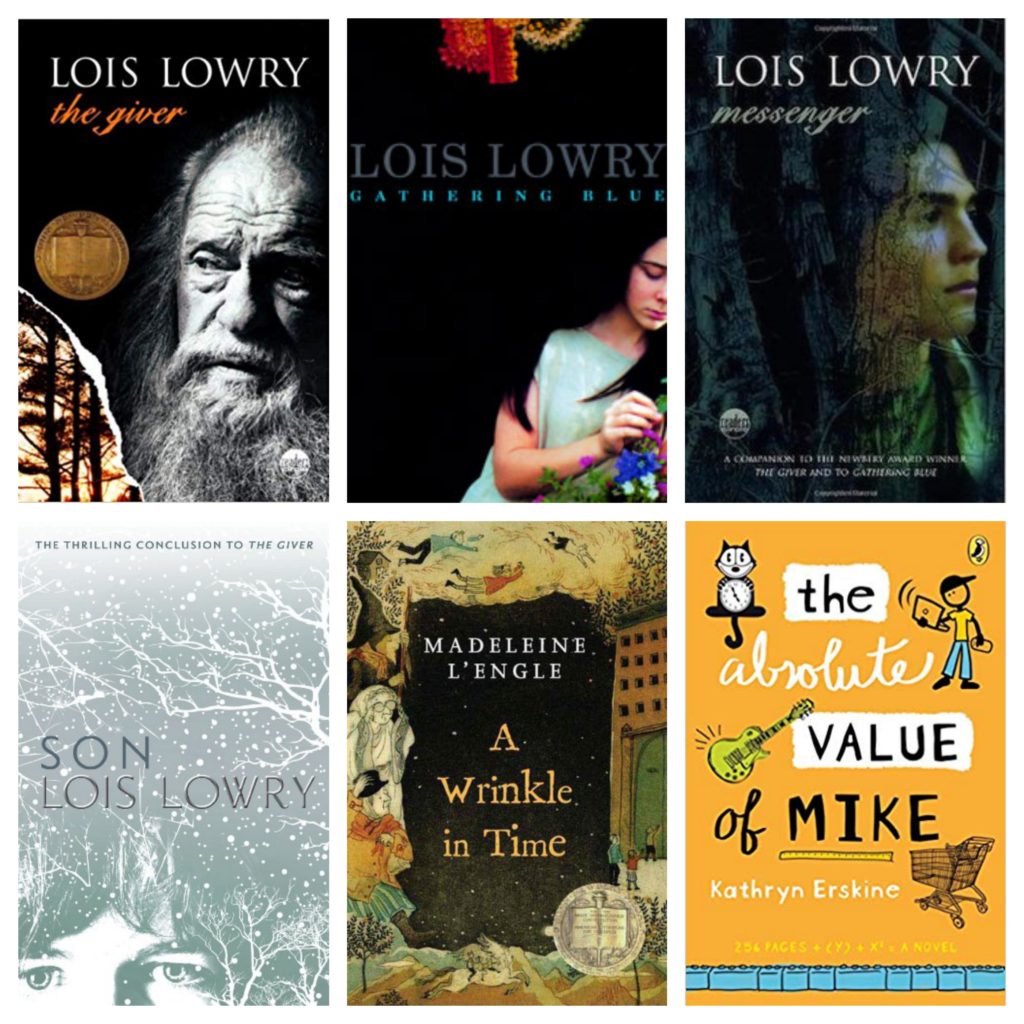 A Random Assortment of Good Reads 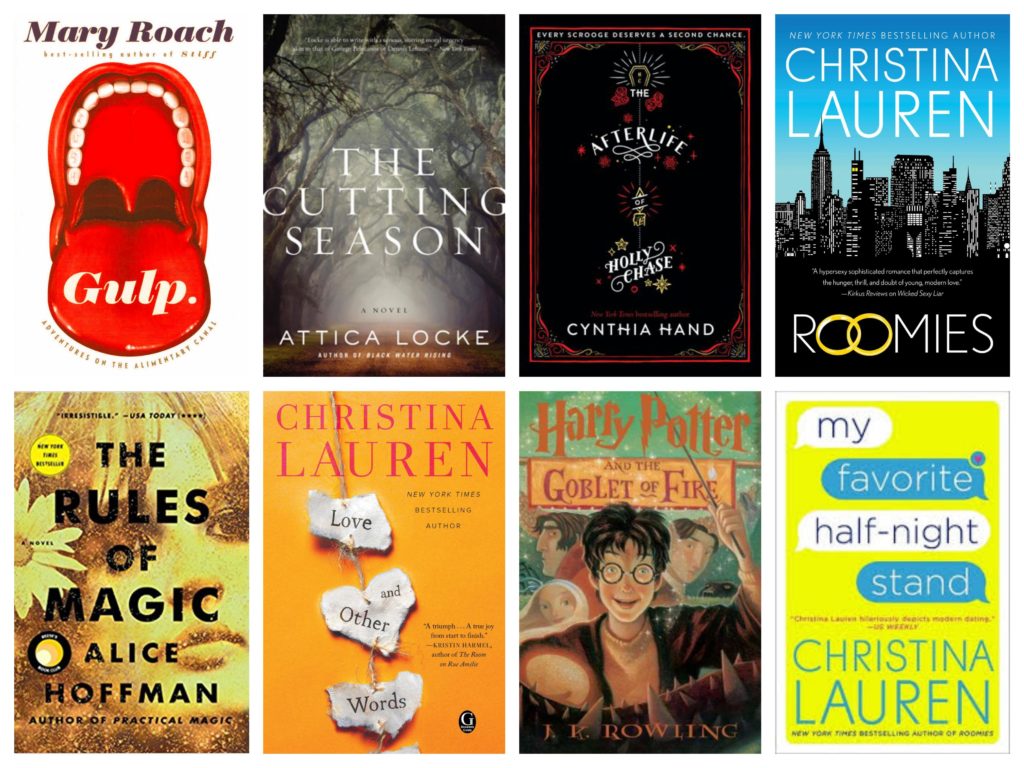 From Gulp, Mary Roach’s creative nonfiction exploration of the alimentary canal, where I learned WAY too much about saliva, feces, and gut bacteria, to Cynthia Hand’s The Afterlife of Holly Chase, a magical twist on A Christmas Carol, I’ve enjoyed a number of easy/interesting reads that I may not remember by the end of the year. (The Goblet of Fire doesn’t fit in the forgettable category, it just fit in this hodgepodge collage)! Attica Locke’s The Cutting Season will probably stay with me the longest, as this fictional murder mystery is set on a former plantation and illustrates important themes related to race and class. And if you’re looking for some decent modern romance fluff, I’ve just discovered Christina Lauren.

Psychological Thrillers That Make Me Question The Libby App Algorithm 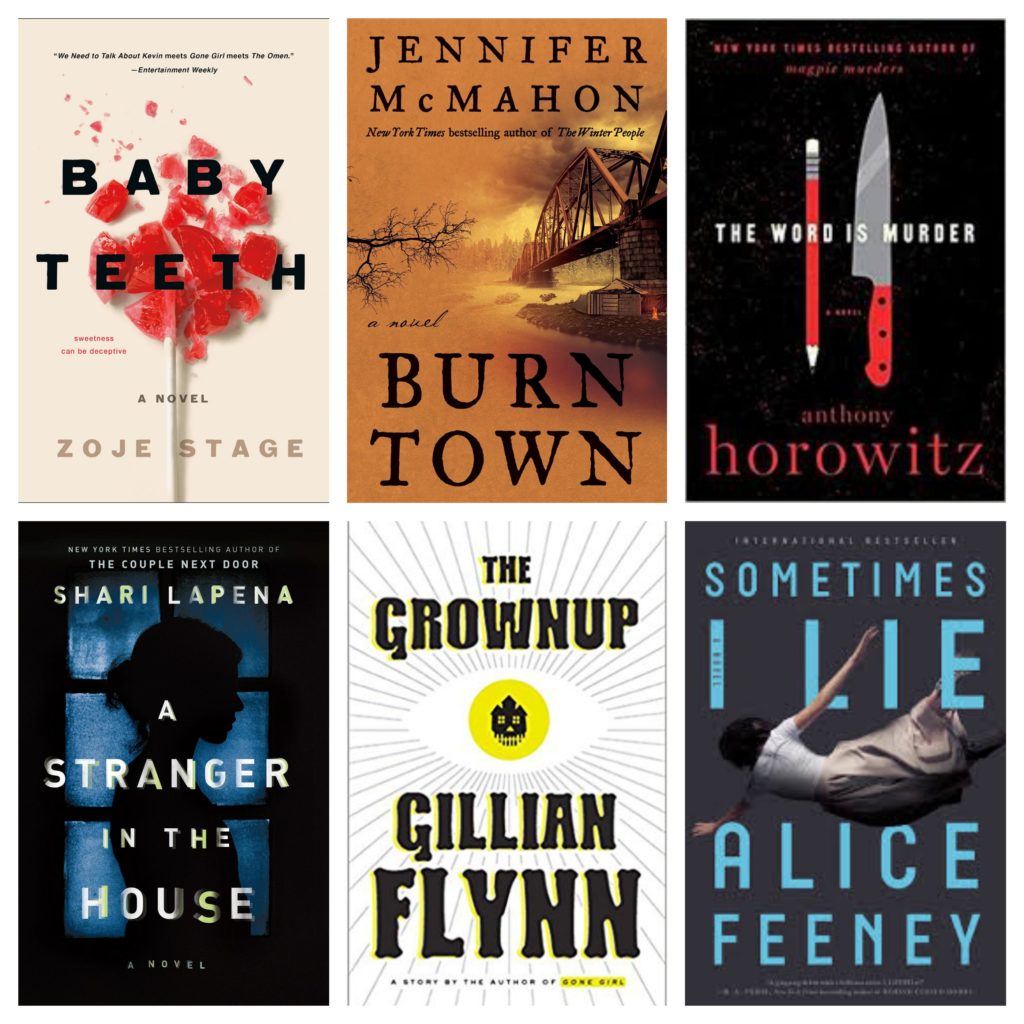 While Anthony Horowitz’s The Word is Murder is a more straightforward murder mystery (and quite good!) and Gillian Flynn’s The Grownup is a short story that SHE NEEDS TO FLESH OUT OMG, the rest are psychological thrillers that make me wonder who Libby thinks I am. Libby being the library app I use to download e- and audiobooks. While I found Zoje Stage’s Baby Teeth inventive, if not abjectly terrifying, and Alice Feeney’s Sometimes I Lie more creative than most, I’m tired of the female-protagonist-made-to-feel-literally-crazy-due-to-the-lies-drugs-and/or-manipulations-of-those-closest-to-her trope. The number of these books I’ve stumbled across in the last couple years makes me almost want to start reading dust jackets/descriptions.

Until then, I’ll be finishing up my three reads-in-progress: The Other Life by Ellen Meister (already shaping up to be a top read of 2019 depending on the ending); They Were Her Property: White Women as Slave Owners by Stephanie Jones-Rogers (definitely on the top nonfiction reads of the year); and The One, by Nora Roberts, because I love a good magical dystopian mystery romance and I don’t care who knows it.