You know that place between sleep and wake… that fuzzy, scrunchy-eyed state where the only goal is to stumble successfully to the coffee pot and make the Life Force start dripping hotly down your veins? I was headed there yesterday… the first day of commuting to Cactus Land… a day already fraught with bittersweetness and angst, not to mention earliness. To my horror, upon arriving in the kitchen, I realized the sweet juice of java was not the only brown liquid awaiting me. 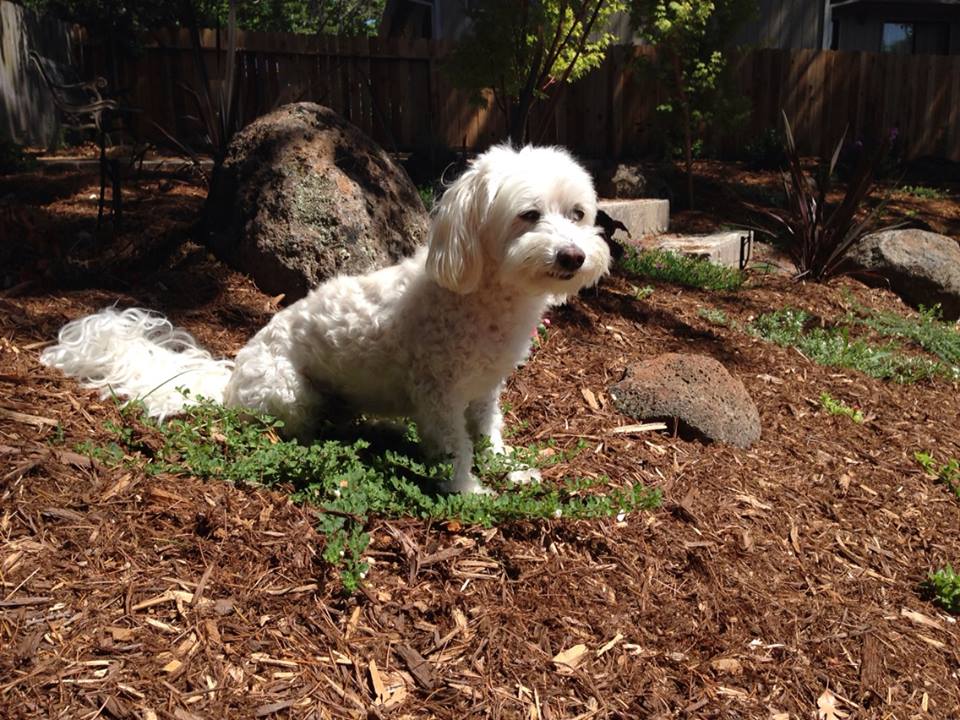 Dear Goliath. Dear sweet white puffball of a dog that I normally adore. The 12-pound little shit came back from a couple days at grandma’s house and, in the night, left prodigious puddles of poo (yes, I said puddles) ALL OVER THE LIVING ROOM. So, at 6:30 a.m. and pre-caffeine, Mr. T and I find ourselves–not savoring the last few minutes of our time together before I jet off to cactus land–but on our hands and knees, carefully removing crap from the carpet.

Such a brilliant start to a Monday, don’t you think?

The rest of the day seemed uneventful… I flew to Phoenix with no issue. Despite a lazy shuttlebus driver, I eventually found my car in the Sky Harbor parking lot and I even drove to school without getting lost. Things were looking up.

By 3:30, I made it to my very first class of PhD school… a “reading and conference” course focused on Structuration Theory. (Don’t ask me to explain that because I don’t know what it means yet!) All I do know is that I have about 7,000,000 pages of dense philosophy-esque texts to read and I have to discuss them with just two other students and a preeminent scholar in the field. Fan-tastic. Harder to tell if I’d rather do that or clean dog poo. Hmm.

Since I have no dogs in Cactus Land, dense texts it is.

To facilitate the reading of said texts, I made my maiden voyage to the library. (A quick aside… I’m getting so much better with the whole library thing. During my undergrad, I went once, during my last semester of senior year. During my master’s, I went a couple times, mostly in the middle. During PhD school, I’m there immediately… first day of school like the big giant nerd that I am!) Anyway, I navigated through the enormous underground library and actually found the section of stacks I needed. Only, hiding my book on the Constitution of Society were horny undergrads playing tonsil hockey. Because I was too shocked to say anything at first, I just prayed that my book would be easy to find and away from the smoochers. No such luck.

I looked up, down and around… I double checked my numbers… those damn kids were standing DIRECTLY in front of the book I needed. Out of all the dusty stacks of all the floors of the library, these kids were blocking my book. I cleared my throat. I got uncomfortably close. I stared a little. NOTHING. Unabashed, they ignored me. Finally, I said “Excuse me” with complete irritation. They moved over about 2 feet. Seriously people? Do you really want to make out in front of some random book-seeking stranger? Aren’t there other parts of the world to hide in? Apparently not. On top of it, my book wasn’t even there. Grrrr. So now, temporarily free of dense texts, I’m replaying the scene in my head with a much more developed dialogue. I’ll take suggestions for snarky comments for the next time I catch kids trying to make the library more fun.

2 Responses to "Profile of a Monday"