Of the decidedly strange things about being newly engaged, I found people’s preoccupation with “my colors” very odd. I suppose I was less experienced with the whole rigamarole than I thought having participated in half a dozen weddings. I didn’t know how important “my colors” were as I hadn’t been planning the event since birth. After I finally picked some, I suppose it became less weird but initially, people would ask me every other day. “You’re engaged?” “Yes!” “Congratulations!” “Thanks!” “What are your colors??” “Who-at?”

When I tried to describe my fascination for “jewel tones,” people couldn’t get the vision until I found the right word: peacock. Luxurious blues and greens and a tinge of purple. Not much explaining needed after that.

Recently my lovely mother was out exploring with her new camera and she captured* these beauties. Now if only I could just copy those gorgeous colors exactly! 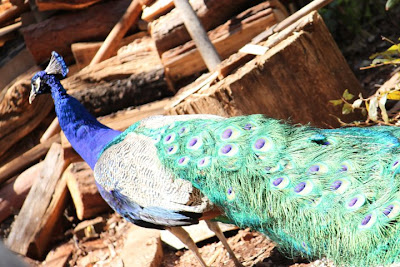 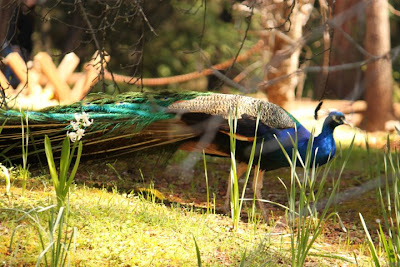 Photos by the fabulous Ann Poffenberger

* Note, she captured them digitally but refused to actually capture one for me. I accused her of lack of wedding commitment… ha!