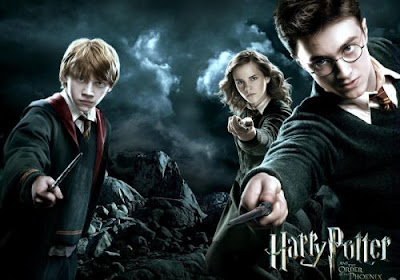 While many of my friends and fam sneaked off to see the new Harry Potter in November, I dutifully attended my studies. Dutifully and whine-ifully. Finally, more than a month later, my sis Emily and I made a date to see Monsieur Potter last Sunday. With visions of teen wizards and witches in our brains, we headed off for the theater. Arriving with 15 minutes to spare, we fought the crazy post-Christmas parking lot and made it to the ticket booth. The automated ticket booth. Huh?? It was like an ATM only with movie tickets inside. Em punched the buttons and we waited. “SOLD OUT.”

Who-aht? Clearly something was amiss. The movie’d been out for six weeks. It was on its final showings. How could it be sold out?? We tried the magic box again to no avail. So we stared at it. And bitched. And stared. We scanned the board to find another movie. Jack Black as Gulliver? No way. Yogi Bear? Not a chance. True Grit? Perhaps. Whining all the way, we bought tickets for the John Wayne remake and went to Starbucks to kill an hour. In the theater, we kept confirming, “Now this one doesn’t have magic, right?” “There are no wizards in this version, huh?” It wasn’t until the dusty (and actually pretty good) western began that we got it through our skulls that we were not, in fact, seeing Harry Potter.

It was a case of expectation violation. And mine continued alllll night long. 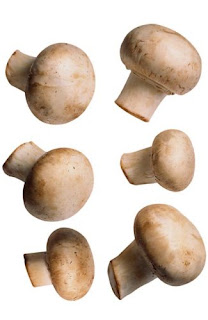 After Em departed (and we promised to actually see our Hogwarts friends some day), I set to work on a new recipe. Mushroom meatloaf with mushroom gravy. Highly work intensive, featuring pounds and pounds of mushrooms, the recipe was supposedly spectacular. Chop, chop, chop… “Honeeeeeey, what’d you do with the rest of my mushrooms?” (I’d over-purchased during a pre-Christmas Costco run with just this recipe in mind.) Sadly, they accidentally got thrown away in the whirlwind Christmas waffle clean-up and I was left to improvise. So I subbed in some ground beef and decided to ax the gravy, cutting my workload in half. I think I may have cut out the deliciousness. After two hours, blech. Mushy falling-apart loaf with a sickly sweet flavor. (Turns out I do not like garam masala in mass quantities!) T thinks I’m overreacting and that the meal was “fine,” but it irritates the crap out of me to spend so much time on a recipe just to have it turn out “okay.” You know?

And to make matters worse, my side dish was lame, too. Wanting to make the cruciferous veggies special, I casseroled the broccoli and cauliflower with light sour cream, pepperjack cheese, crushed red pepper and a crunchy breadcrumb topping. Sounds good, right? Well it was ick. Ick, ick, ick, at least for someone who isn’t super crazy about milk products. While T actually liked the veggies, I hated the whole meal. So unsatisfying to spend that much time on mediocre. But being the good grown up that I am, we ate it two nights in a row. Being grown up doesn’t taste very good sometimes!

To tie the movies and the mushrooms together, it’s all about expectations. I expected to see the teen wizard movie and I expected my damn mushroom loaf to taste good. Failure on all counts! Ah well, live and learn, yes?

P/S To make up for the mush-loaf, I made green chile enchilada casserole. Mmmmmm.