The other day I was out in my garden, watering this, trimming that, swearing at the incessant worms that are still decimating my basil. Then a crunchy oak leaf fluttered down onto my path. Although the temperature felt a sizzly 95, I sensed a shift. A subtle changing of the season. A small signal that Fall is on its way. Before I know it, it will be pumpkin spice lattes and sweaters and, squee, Christmas!! Until then, a quick photo snapshot of the summer for this Thursday 13.

1. Tim’s new audio toy. Away went my very first piece of audio equipment, a NAD integrated amp that had given up the ghost. Happily my little sub and Gallo tulip speakers are still humming along.

2. Garden (de)light. Although no bumper crops this year, unless you count caterpillars, Project Green Thumbs Season III has been very successful. 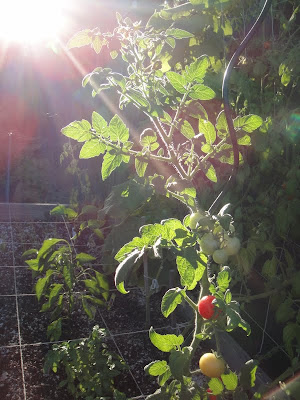 3. White trash grilling. Grilling has historically been a dicey endeavor at our house. With no real backyard to speak of, all of our BBQing has taken place on the only hard (read: non-flammable) surface we own… the driveway. Classy. So one weekend I “built” a deck in the back-40, basically playing tetris with some leftover bricks. Et voila:

4. Cactus Land Season III. In late August I started my third year as a doctoral student at Arizona State University. This time, however, I got to do it as a California resident. I commute to school once a week–first flight in, last flight home. It makes for a long day, but living with my husband is totally worth the hassle. 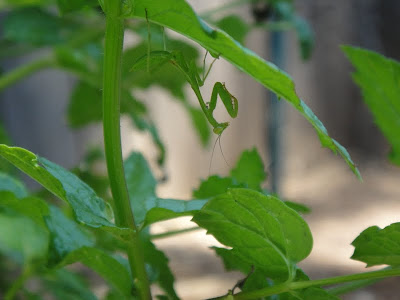 9. Pretending to be fashionable. Made a concerted effort to go shopping for the first time in several years. My favorite splurge? This $7 dress, originally $75! (I love a good sale, don’t you?)

10. Hedgehogs. It began with this Boogie Boogie Hedgehog video, and then it became my new ring tone, and then a hedgehog appeared in the house. Although I don’t get to have a real one, watching Goliath with his new favorite toy is amusing.

11. Wall-o-hash. In case you need a lifetime’s supply of corned beef hash, Costco has it in stock.

12. Ridiculousness. Christmas ornaments in August? Costco, that’s just plain insanity. I don’t get into the Christmas spirit until at least September 10th. Sheesh. 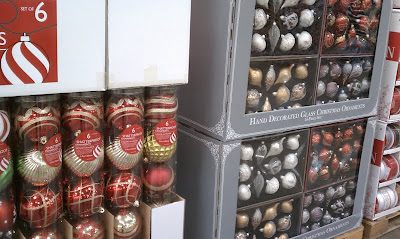 13. Very big rocks. Went to the rock store. Did you know they have those?