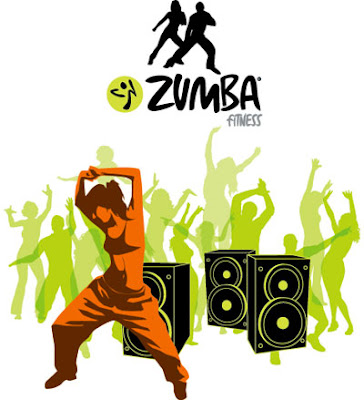 I think the same rule applies to Zumba.

As New Year’s goals are in full effect, my favorite Saturday Zumba class was filled to the brim with people I didn’t recognize. Although the class is lightning fast (thank you Allison!), I took a few seconds to notice the people behind me. From my vantage at the front left part of the room, I could see the entire class–The regulars and shows-offs at the front, varying levels in the middle, newbies mostly in the back. And as I watched drawn faces, arms moving in the wrong direction, feet slowing down to near stopped, I realized how disorienting Zumba must be in the beginning. Indeed, our teacher even said something like: “If this is your first class, come at least four times before you decide if you love or hate it.”

So for those considering Zumba as the key to fitness this year, I would offer the following advice:

1. Don’t stop dancing. Really, it doesn’t matter what you’re doing or if you master the steps, so long as you keep moving. There’s a woman in my classes who seems to dance to the beat of her own meringue and you know what, it looks like she’s having a blast. Sometimes she follows along with the class. Sometimes she adapts the moves to accommodate what seems like a bum knee. Sometimes she just does her own choreography. But she fits in fine. When in doubt, a good march-in-place or step-touch will keep you going. Bonus points if you do it in time with the music.

2. Stand in the middle instead of hiding in the back. When I first started, I stood in back, uncomfortable with the idea of people watching me. I realized that no one ever focused on me, all eyes were glued to our teacher. So do yourself a favor and stand in the middle somewhere so you can actually see the steps. Likely you’ll also have the good people up front to emulate when the teacher moves to the opposite side of the room. Bonus, if you’re taking class at the gym like me, you won’t notice people staring in from the weight room. (It’s a common observation in our Zumba class that the crunch machines that line the cardio room are never busier than when we’re shakin’ our booties in Zumba. One woman likened it to “grocery shopping” with the way (mostly) menfolk peer in during class. I try to think it’s people working up their nerve to join the party.)

3. Know that not all Zumba classes are created equal. I learned this lesson a couple months ago when I started taking a new class and realized that not every teacher was as gifted as my Saturday instructor (see my little rant here). I shopped around this holiday season and found that some instructors seem to follow the national Zumba curriculum to a T, some incorporate their own choreography and personality, and some want to turn the dancing into a bootcamp with five straight minutes of squats (UGH). Some classes are decidedly faster than others. Some classes include a lot of instruction, some have next-to-none. I mention all of this to say, if you find yourself in a class you decidedly despise… Consider dumping the teacher or time slot, and not Zumba all together.

4. Be prepared to work your laugh muscles. A friend posted this Zumba video on Facebook the other day. She remarked that although she wasn’t as funny as the starring gentleman, during her first class, she got as much of a workout from laughing at herself as she did doing the moves. At least in the beginning, approach Zumba with a sense of humor and some openness. If the teacher wants you to do “Stayin’ Alive” to make John Travolta proud, try it. You won’t be the only one grinning. (Truly, yesterday my teacher had us pretend to be gorillas for part of a song. It was ri-diculous, but fun!)

That’s all for now. Happy dancing!