Oatmeal chocolate chip cookies. Roasted turkey. Baked rigatoni. When I think of foods that instantly evoke nostalgia, foods whose aromas take me back into time, foods that remind me of specific people and places I love, I think most often of family comfort foods. Somewhere near the top of that list is the “beans-n-ham hocks” soup that our adopted grandma babysitter used to make.

I remember waiting anxiously as “Grandma” Smith prepared the soup, the entirely house filling with air almost good enough to eat, and I’ve spent the last 17 years trying to find a bowl that compares to hers. After unearthing some decade-old navy beans from the depths of the pantry, I thought, in honor of Project Pantry Waste Not, Want Not, I’d just make my own.

So I boogied down to Safeway and bought the requisite accoutrement–crusty bread, mirepoix veggies, frozen ham hocks. When I got home, I googled “ham hocks” and psyched myself up to actually cook them.

The process was, in a word, interesting. And over the time it took to cook four hocks, I came thissssss close to turning vegetarian.

You see, I didn’t realize that ham hocks are pig ankles. Ankles. Bony joints. That used to hold feet! Like many (most?) of us, I did not grow up on a farm and I have completely (and happily) disconnected the animals I think are super cute and the meat I enjoy consuming from time to time. But when faced with actual ankles, I found it hard to disassociate. Not to mention having to score the skin before sauteeing and the smell of ankle juices rendering over a few hours…

Anyway, the good news? The soup turned out to be totally tasty. Not quite like my grandma’s. I used a lot more spice and beef broth instead of chicken since that’s what I had in stock. But it was a nice rendition. Will I ever cook with hocks again? Not a freaking chance. But in case you should decide to, here’s a fabulous recipe for you! 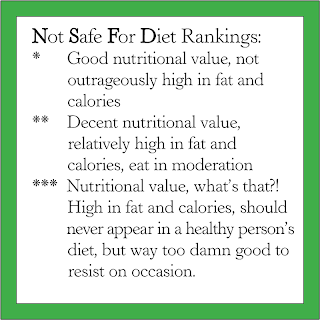 Time:
Inactive time: 1 day (You have to soak the beans over night!)
Prep: 15 minutes
Cook: 3 hours

Directions:
1. In a large, heavy stockpot, heat the oil over medium-high heat. Add the ham hocks, onions, celery, bell pepper, red pepper flakes, oregano, thyme and bay leaves, and saute until soft, about 5 minutes.
2. Add the garlic, and saute for 1 minute.
3. Pour in the stock and water, and bring to a boil over high heat. Reduce heat to medium-low and simmer covered for 1 1/2 hours, stirring occasionally.
4. Add the navy beans and stir. Simmer over medium-low heat for 45 minutes to one hour, or until the beans are almost cooked and ham hocks are very tender.
5. Season with pepper and continue cooking 15 to 30 minutes, until beans are done and ham hocks are beginning to fall apart.
6. Remove ham hocks from pot and carefully cut out the meat from the bones. (Watch your fingers, those things will be hot!) Separate out any fat or gristle.
7. Using an immersion blender, emulsify soup until you reach a desired level of creaminess. Add the meat back into the pot, and serve.

2 Responses to "Project Pantry Waste Not, Want Not: Navy bean soup (aka how ham hocks almost turned me vegetarian)"