It was the year of our Lord 2009. I had just finished my Master’s degree and the night before my graduation party, Mr. T popped the question. And almost everyone was happy for us.

Like many a newly engaged person, I went a little overboard with showing off the ring. I may or may not have posted a zillion photos online, which my little boyfriend Gavin saw, to his wee rage. My bestie Heather’s son Gavin, five at the time, was so mad. He decided he was going to buy me “a more beautifuler ring.” Which he did, with his own money! A perfectly adorable mood ring with teeny hearts around the band. For the next year, I joked that I had two fiancés. 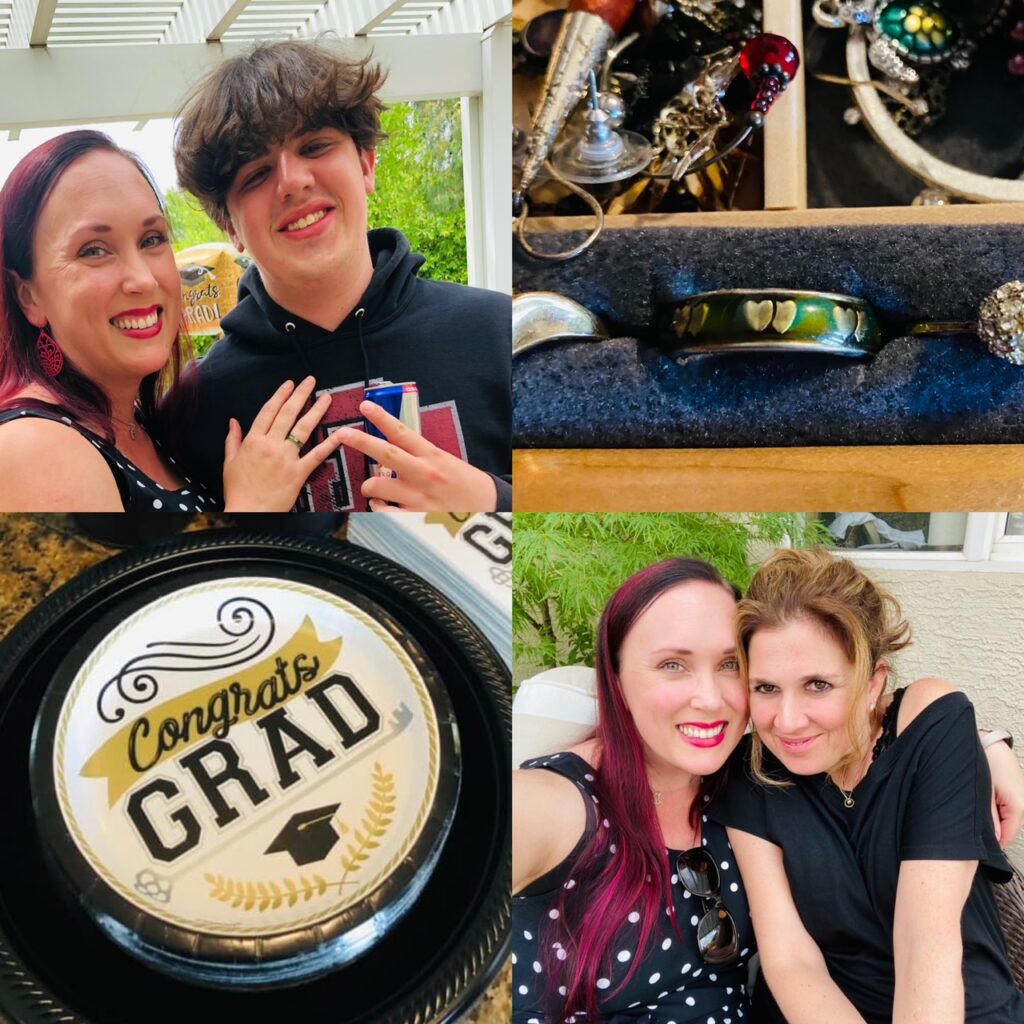 Fast forward almost 13 years. Young Gavin has just celebrated a graduation of his own and will head off to college soon. At the request of my once-upon-a-time future mother-in-law, I wore the mood ring to his party. Apparently my gift was to mortify him with the story of how he had to be relieved of ring bearer duties because of the very real possibility that he would interrupt the ceremony and object to the wedding.

Naturally, Gavin took the teasing in stride and proceeded to ignore the reminiscing of “old” people and party with his friends. As it should be.

Congratulations, Gav! So proud of you!