“What are you doing over there?” Mr. T asked, askance, peering over from the living room couch.

“Cutting out squirrels for my tree,” I replied, pulling down the arm of the paper cutter a few more times.

“Why a squirrel tree?”

“Because it’s the unofficial mascot of Sac State! And because Katrina [our beloved office manager] suggested it,” I said, reminding T about how in the department, I maintain a photo board of the graduate students. A photo board that’s mostly squirrels because grads don’t like to send in their photos very often and/or they like their squirrel placeholder.

And so, in honor of Fall, the Sac State squirrel population, and Katrina, Danielle, and Vicenza, behold: The Great Squirrel Tree of 2021 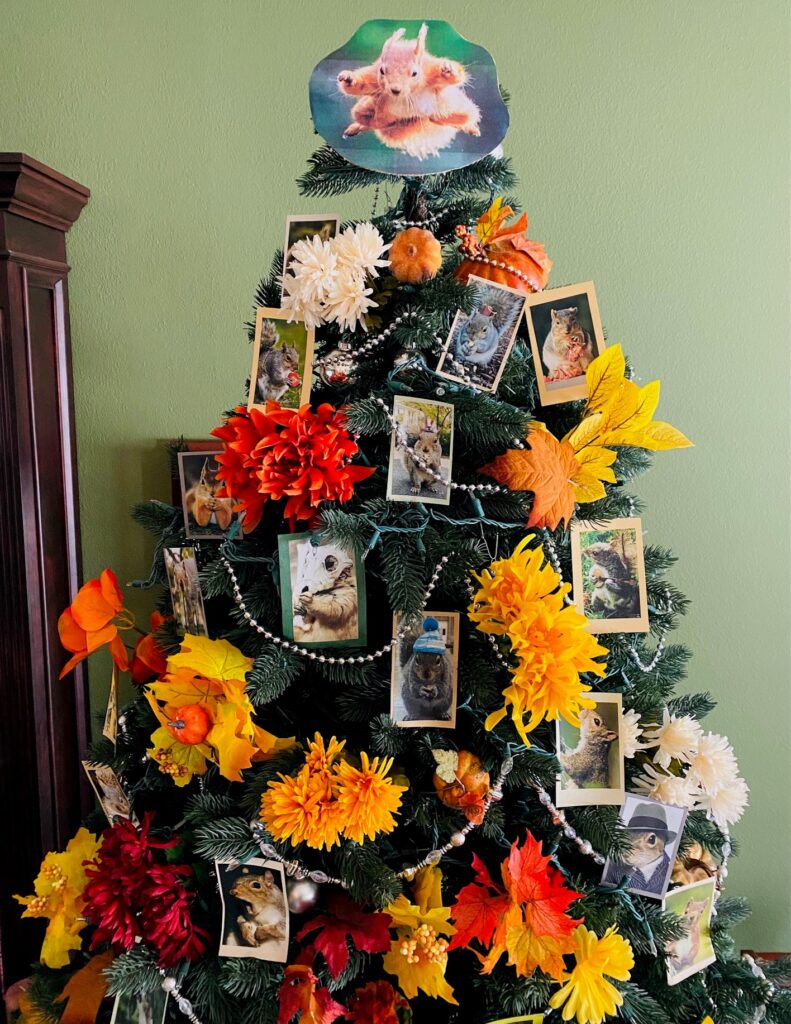 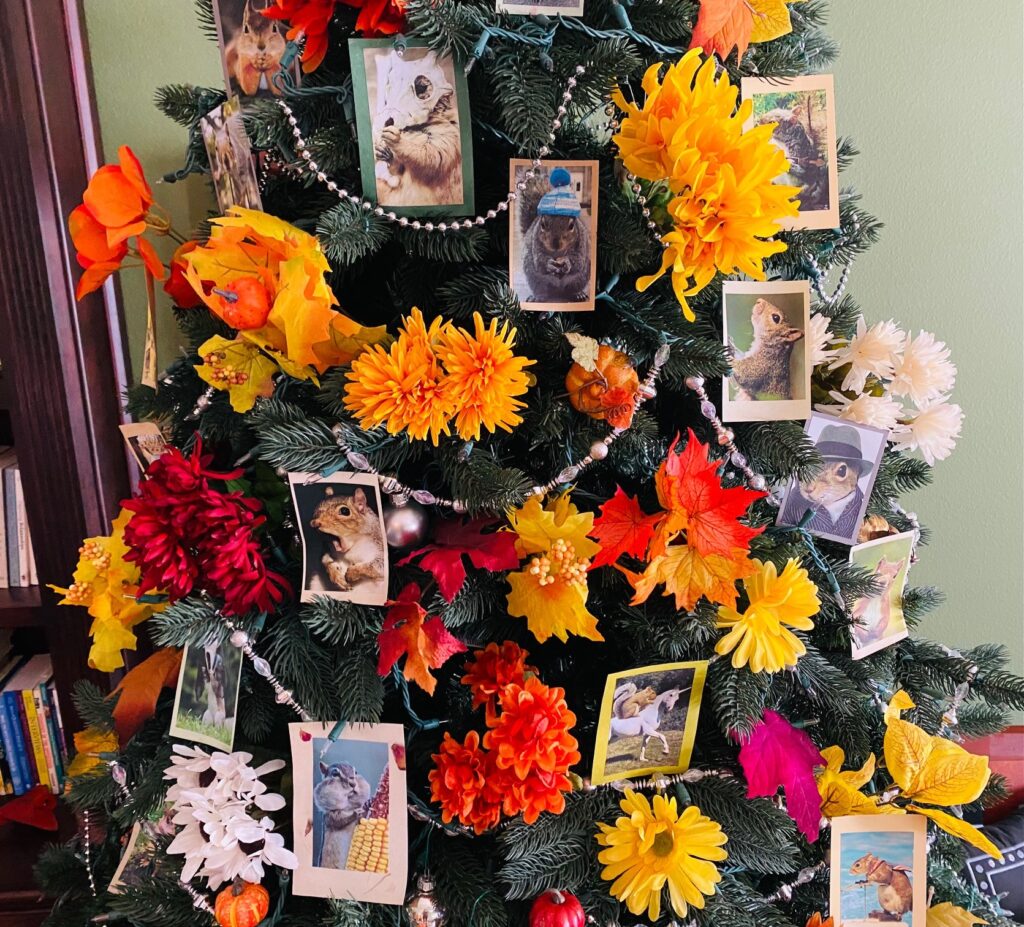 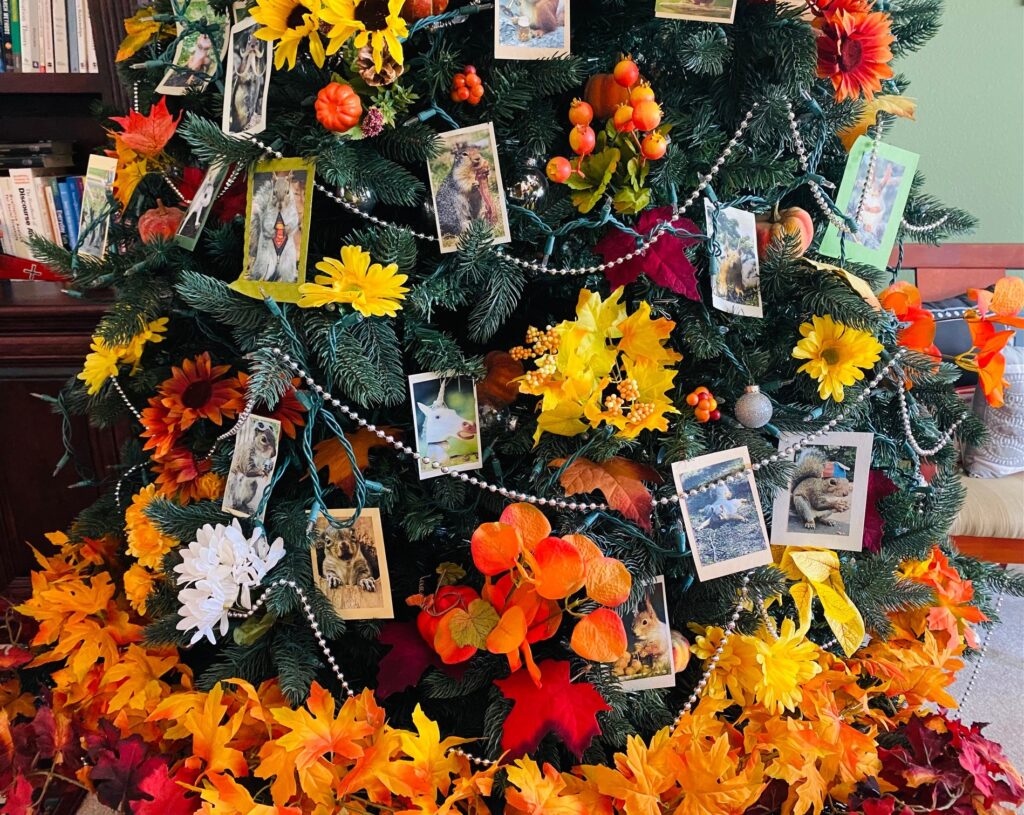 Squirrel antics at Sac State are legendary. It’s not uncommon for squirrels to scurry up onto tables and steal food from students who aren’t paying attention. When I was a grad student, and the campus population was much lower (cough, at 25,000 instead of 30), it was rumored that squirrels outnumbered students. I’d still believe it!

2 Responses to "Celebrating Fall with a Squirrel Tree"