We’d just finished watching the eight minute trailer for the documentary Miss Representation, a film about harmful gender stereotypes against women, and the minimal representation of women in leadership roles across all facets of American organizations. I show the trailer during my organizational communication course’s week on feminism and gender in the workplace because it makes a difficult topic accessible through specific, visual examples of how women are discriminated against and limited at work, in politics, on TV, etc. While watching, I’d asked students to take notes of what they found most interesting or startling. 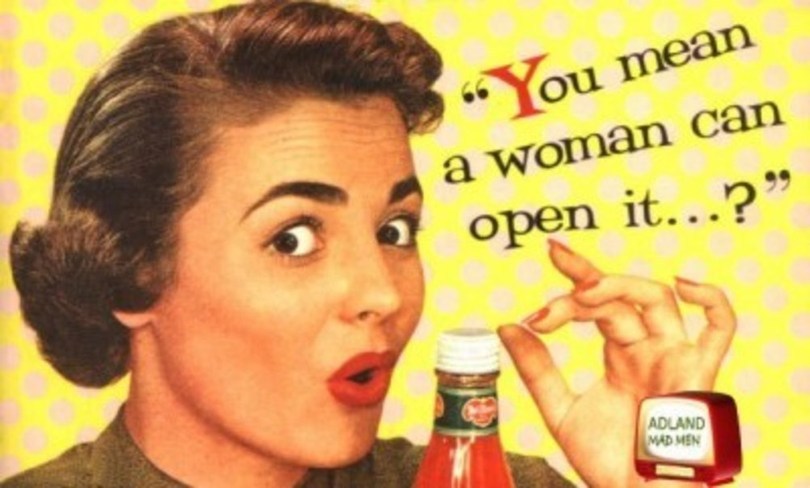 As the credits rolled, I asked: “So what did you think?”

Inwardly I groaned when a hand shot to the air attached to the student who wears a “Make America Great Again” ball cap on the regular.

He said. He literally said: “I don’t understand why we need equal representation of women in the workplace, in Congress…” SOMEHOW I kept my face neutral–okay, composed–okay, maybe there was some side-eye–as he went on to explain how it’s “natural” to have male leaders and “if” women had the experience and ran for elections, then they, too, could hold positions of power.

Frankly, throughout class, he so very nicely set up our discussion of topics like homosocial reproduction (the old boys’ club phenomena), hegemony, glass ceilings, and tokenism. But I couldn’t help feel frustrated and worn out when after showing this video about what it’s like for women to be so outnumbered in Congress (20% women v. 80% men) and this video about the need for parental leave for BOTH moms and dads, and this video about the damaging and limiting ways we talk to boys and force them into narrow definitions of what it means to “be a man,” he couldn’t even seem to consider an alternate view from his own.

This circumstance isn’t altogether unusual in my line of work, of course. In class discussions on sensitive topics, I find myself frequently moderating strong, vocal opinions and strong reactions to those opinions, while encouraging a variety of perspectives. It’s tough not to personally engage, of course. But I try my best to stick to facilitating, to poke, prod, play devil’s advocate and otherwise invite critical thinking while at the same time allowing students room to play with ideas, say controversial things, change their minds, etc.

Yesterday all of that worked until another (white, male) student said something along the lines of “I don’t see how…” and “That doesn’t fit with my experience…” as our conversation started to encompass gender and racial discrimination.

While I’m usually inclined to let students talk out ideas, I interrupted him, saying, “Well I’m not surprised because you’re a white man, and part of the dominant group.”

I went on to mention how when you’re part of the majority or dominant group, and have associated privilege, it’s easy not to understand or see what others are experiencing if it doesn’t affect you. This led to some discussion of empathy and perspective taking, but I left class feeling rattled and tired from countering objections and dismissals from several outspoken menfolk.

Later in the day, the “I don’t see how” student popped by office hours and said how difficult it was to live in a grey world, how he would much prefer things to be black and white. I just laughed because he’s not wrong. It is difficult, especially when you know how easy you have it in comparison to others.

Happily, while psyching myself up in preparation for tomorrow’s continued discussion of gender and work, I got a note from a different student who said he appreciated (nay, was “still riveted”) by yesterday’s class. I’ll take it!

11 Responses to "Talking feminism and controlling my face. Kinda."