After snapping a picture of the scale for proof, I reported gleefully to Mr. T… who shrewdly pointed out that our “contract” (hand-written in sharpie and posted on the fridge since August) has my target goal with a .0 after the number. Whereas, my current picture showed a .8 after the number. WHO DECIDED TO BE THAT FREAKING SPECIFIC? Me, apparently.

So I went from elated to irate (with myself) and continued to be a grump all day. The frustration compounded when I found out that my first ever grant proposal was not funded. And then I couldn’t get an important two-hour online training to work for the life of me. And then I chose the slow line at the grocery store.

And then, I went to the library and happened upon some magic.

Arm full of books, I found the return slot already occupied. A girl, three-foot nothing, stood on tip toes in snow boots, arm fully extended to pop books over her head into the bin. Her dad stood by while she deposited more than 10 books, one at a time, before dragging him inside to collect more. 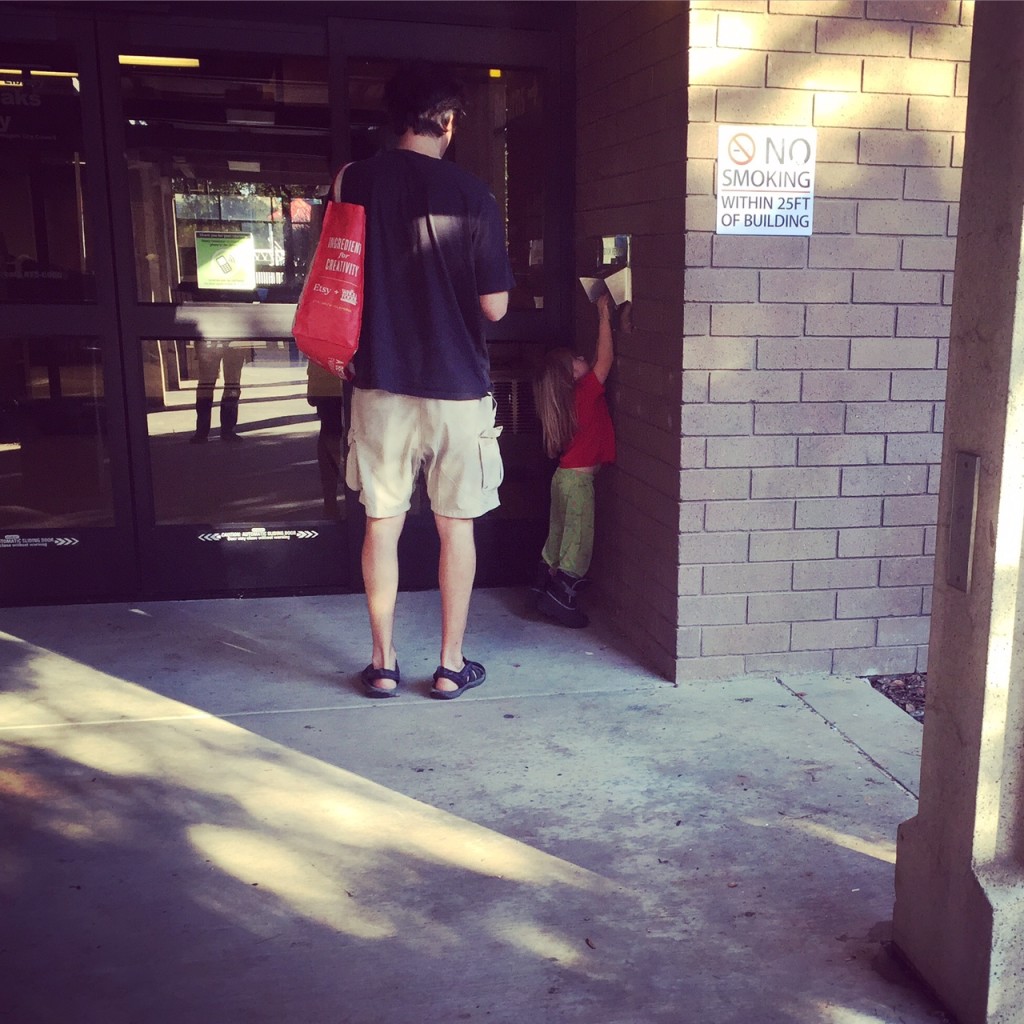 And the big grump behind her felt the day perk up a little bit.

Love seeing a kiddo so excited to read!

Other bookish things:
Why I heart the public library
The Other Typist: A sophisticated Prohibition-era mystery
“Read and Return” program perfect for flying bookworms
How to be a Woman: An accessible and funny discussion of the F-word
Luckiest Girl Alive: An emotional thriller

One Response to "A grateful heart: A grump and a pint-sized bookworm"